Why are stuff easy to break but difficult to join back? 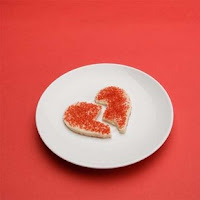 Its so sad, isn't it? Stuff are just so easy to break. Yesterday I was playing with a wooden ruler, when I bent it and suddenly it cracked. I tried so much to join it back, pressing the pieces together the way it was earlier, but in vain.

If I can break stuff by pulling them apart, why can't I fix them back by pressing them together?

First of all, what are stuff made of?

Stuff are made of really tiny stuff - molecules. Every material has its own unique type of molecule. That is what determines its properties. Well, yes there are atoms which are even smaller, but most matter we see in real life are actually made of combinations of atoms that are called molecules. Atoms are in turn made of even smaller stuff (electrons, protons etc.) that carry electric charge. So atoms and molecules can be imagined as a bunch of electrically charged material. Electrical charge behaves very much like magnets - similar charges repel and opposites attract. Because of that, atoms and molecules are in fact tiny magnets for each other.

Imagine tossing a bunch of tiny magnets in a box. What will happen to the magnets? They will arrange themselves in a manner so that their opposite ends get aligned with each other and they all join together to form a connected mass! That's roughly what stuff are like inside. When molten liquid solidifies, they sort of arrange themselves in this manner.

The intermolecular forces are not very strong. The strength in our hands is usually enough to pull a bunch of such connected molecules apart. When we can't tear something apart it's because of the combined forces of the sheer number of connected molecules. But many such stuff can also break from a crack that slowly rips open. A crack gradually rips open only the molecules at its edge. That requires lesser force than what would have been required to pull all the molecules separate at one go. But once broken, why can't we just bring the broken pieces together again and let the pieces attract themselves back like a magnet? That's because, the intermolecular forces also act over a very small distance. Unless two molecules are very very close to each other, these forces have no effect. Once a piece is broken, the surface is usually irregular. It is almost impossible to join the two pieces back exactly at the same place. And remember, we are talking about magnets the size of an atom. If we are off by even as much as an atom, they will start repelling as the wrong ends will be brought together. Even if we immagine that we could bring them together exactly like they were before, it will still not work. That's because the exposed surfaces quickly react with gases in the atmosphere and make new molecules on the surface. Once the broken surface is exposed, it changes! 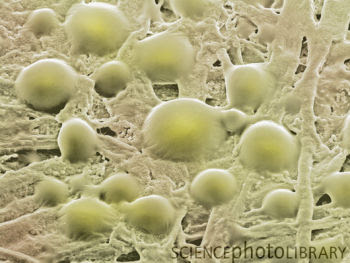 Then how does glue work? Glue is a material that has high "adhesive" properties; that is, glue molecules are usually strongly attracted to many different kinds of molecules. So glue can attach to a surface that has already reacted with gases in the atmosphere. Glue is usually fluid, so that it can flow and touch the surface more closely. Glue attaches itself to both the surfaces and holds them together.

Remember that this is but a very simplified version of really what happens. These forces that bind molecules together are called intermolecular forces. Those who are interested in going deeper can probably start here.

Some things to ponder on:
- What are the different ways things are joined together? Think of stuff in the house!
- Why is the glue used to join paper different from that used to join metals?

And just one more thing... you need something other than glue to mend broken hearts.